Dorothy (Dot) Diotte: A Volunteer Who Made a Difference 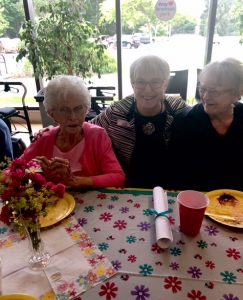 Dorothy (Dot) Diotte, a native of Toronto, Ontario moved to North Vancouver with her husband and children in the early 1970s.  After 15 years, they moved to Squamish.  A year later, and with time on her hands, it was suggested to Dot that she volunteer at the Hospital.  This marked the beginning of her 31-year journey with the Squamish General Hospital Auxiliary Society.

Dot did many jobs and held various positions in the Society.  She served as Vice-President and then as President from 1994 to 1996 and again from 1999 to 2001.  She headed up the crafts and public relations committees and represented the Auxiliary on the Squamish Hospital Foundation for a number of years.  She helped in the Mammogram Clinic, worked in the Gift Shop, and did the buying for the Shop for 25 years.  The Auxiliary also benefitted from her knitting and quilting skills.  Dot did what needed to be done.  She liked being active and involved, and she enjoyed the companionship of the members in the Auxiliary. 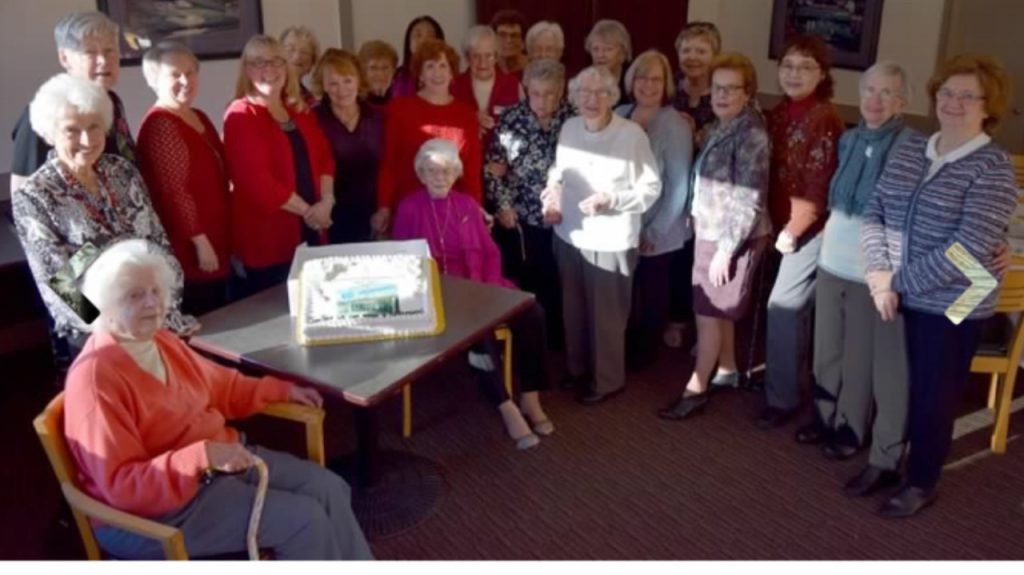 Two of her initiatives as President were registering the Auxiliary as a Society with the provincial government as well as registering it as a charity with the Canada Revenue Agency.  She was also instrumental in getting the small Gift Shop enlarged so that it was wheelchair accessible.  She suggested a method of funding the expansion and arranged for three quotes for the work.  She investigated having TVs in patients’ rooms and went to Vancouver to check out how another hospital handled this activity.  She arranged a contract with a vending machine company so that a portion of the proceeds went to the Gift Shop.

When asked if she had any humourous stories to share, she mentioned the roast for Dr. Kindree, who was instrumental in the founding of the Squamish General Hospital.  To raise money, Dr. Kindree’s ties were sold for twenty dollars each.  Since he always wore a tie, there were many ties to sell at the roast.  At the end of the evening, Dot asked what they were going to do with all the ties.  She soon found out.  When she went to the Gift Shop there was a bag full of ties waiting for her.  Dot was up to the challenge.  She and two other ladies used the ties to make a beautiful quilt that was raffled off. 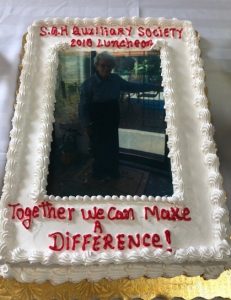 Dot is also active in her church and volunteered with Community Christmas Care for ten years.  She has traveled widely, to every province and one territory in Canada, to every state in the United States and to many of the countries in the world.  She summarizes her role with the Auxiliary as “she worked where she was needed.”

“Your fellow Auxiliary Members recently nominated you for Life Membership based on your outstanding service to Squamish General Hospital and the Squamish General Hospital Auxiliary for over 32 years.  Your dedication, hard work, leadership, and years of service in the Gift Shop and Hospital, as well as your many other contributions to the Auxiliary are appreciated by all who benefited from your years of service.  You are an inspiration to all of us . . . We wish you all the best and we extend our sincere thanks and congratulations to you for giving so much of yourself to the healthcare facilities in your community.”