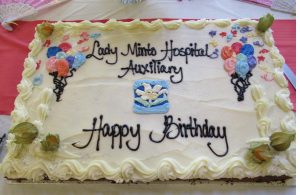 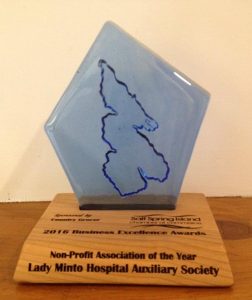 the Lady Minto Hospital Auxiliary marked its 80th Anniversary with a special tea at the Lions Hall.
Later that month its successful Lady Minto Thrift Shop was awarded “Best Non-Profit Business of the Year” by the Salt Spring Island Chamber of Commerce.
The trophy—in true Salt Spring fashion—was crafted from recycled glass and wood. 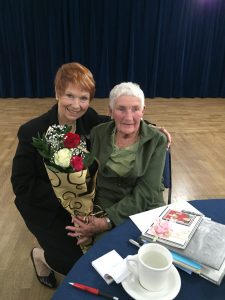 The Chemainus Healthcare Auxiliary and the Chemainus community held a special Afternoon Tea to recognize Edna Brown for her stellar service to the Auxiliary and to other community organizations.  Edna, a retired schoolteacher, will have an education bursary established in her name by the Chemainus Auxiliary.  BCAHA President Lynda Avis was on hand to congratulate Edna on her remarkable achievement and to present her with a BCAHA Life Membership (see photo).  Earlier this year, Edna also received a prestigious President’s Award by the Chemainus & District Chamber of Commerce.  Congratulations, Edna!

The Stuart Lake Hospital Auxiliary marks its 50th Anniversary, receiving congratulations and cupcakes from Northern Health, and well wishes from the mayor and council and the Fort St. James community. 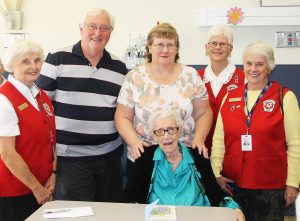 (Adapted with permission from the Vernon Morning Star.  Photo by Roger Knox)

Circle of Change in Clearwater 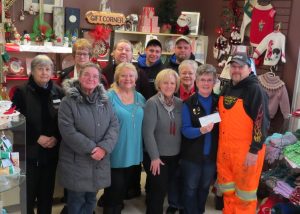 The demolition of the old, unused hospital building in Clearwater has yielded an unexpected gift to the Clearwater Hospital Auxiliary.  The Auxiliary, which was founded two years prior to the construction of the 1972 hospital, received a generous donation of $1,323 from On Call Services, a local business. 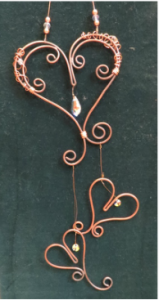 The company was contracted to demolish the former hospital, which was replaced by the current Dr. Helmcken Memorial Hospital in 2002.  On Call Services owner Ron Rotzetter raised the funds by salvaging the building’s electrical wiring. 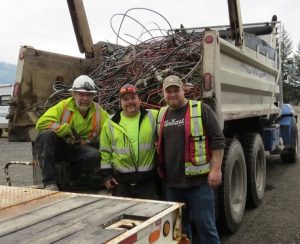 In a further gesture of goodwill, Rotzetter presented the Auxiliary with a “3 Hearts” wall hanging (see photo) made from copper wire reclaimed from the hospital.  The artwork and an accompanying commemorative plaque will be displayed in the hospital’s Gift Corner.  To complete this circle of giving, the Auxiliary will use the $1,323 to purchase new items for the hospital. 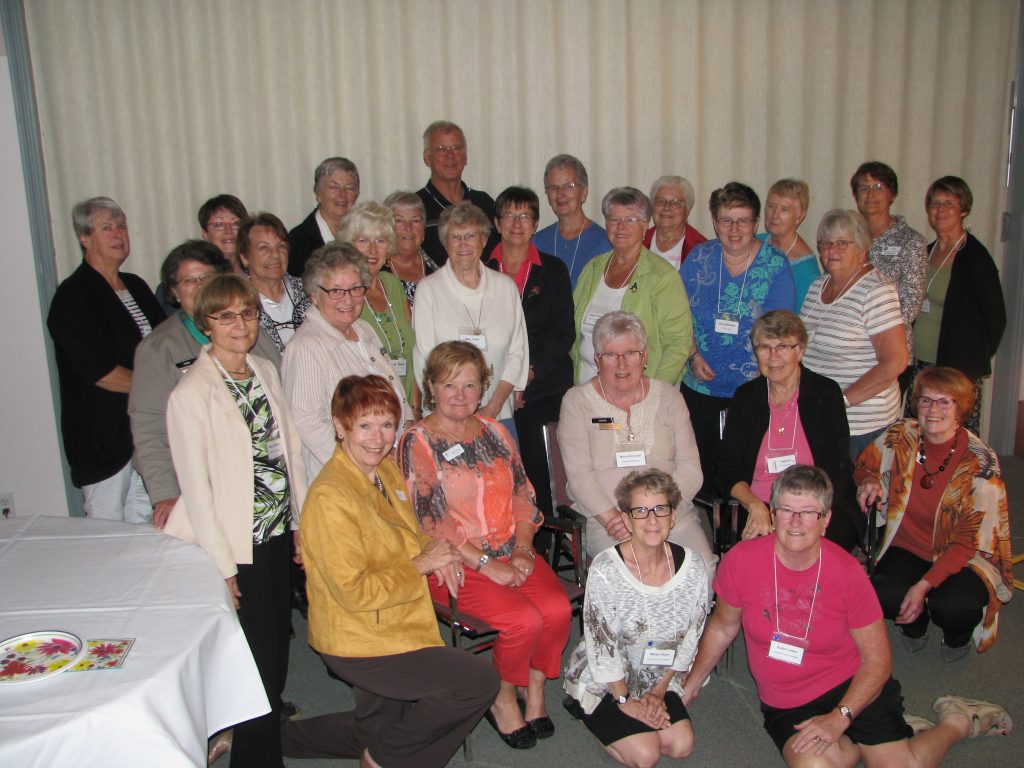 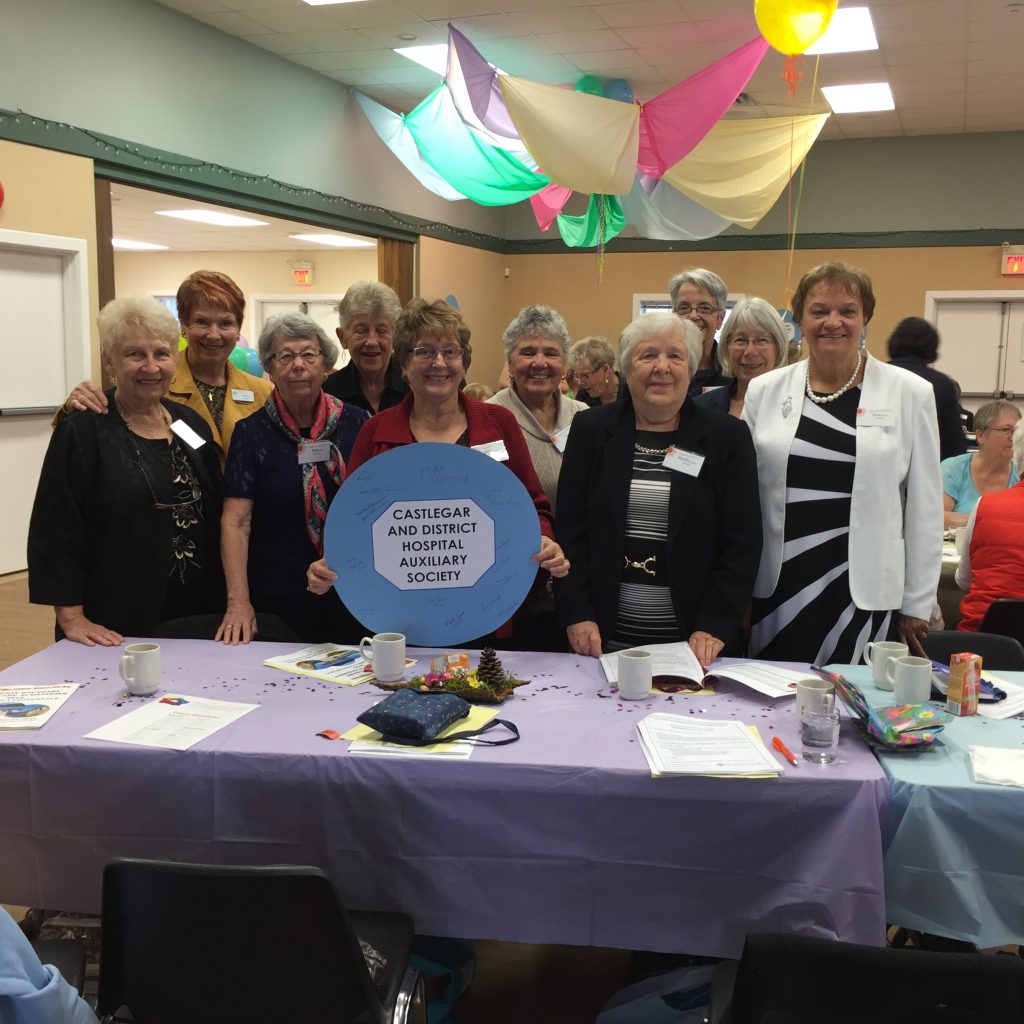 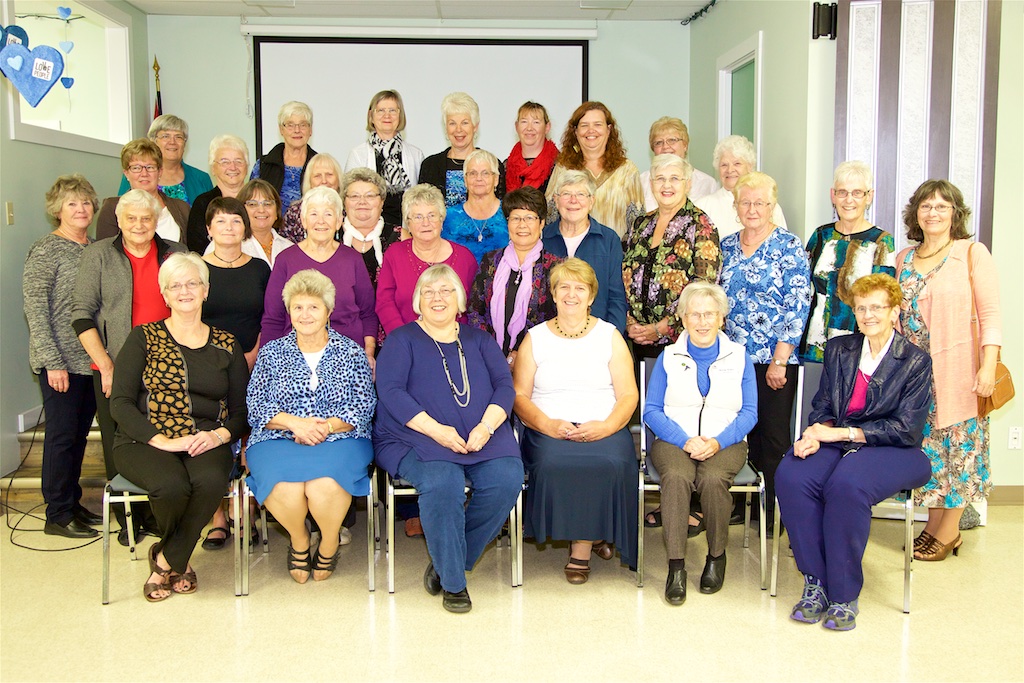 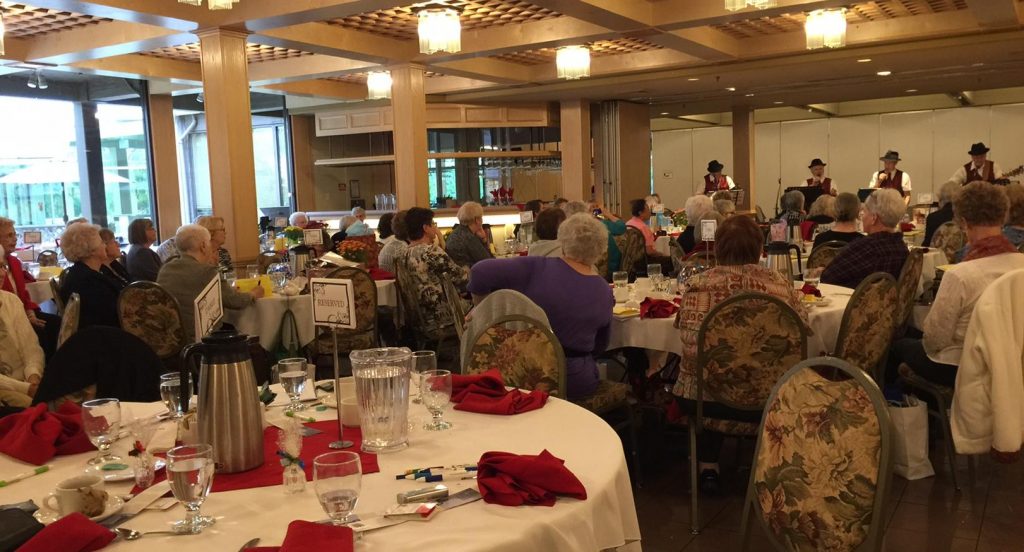 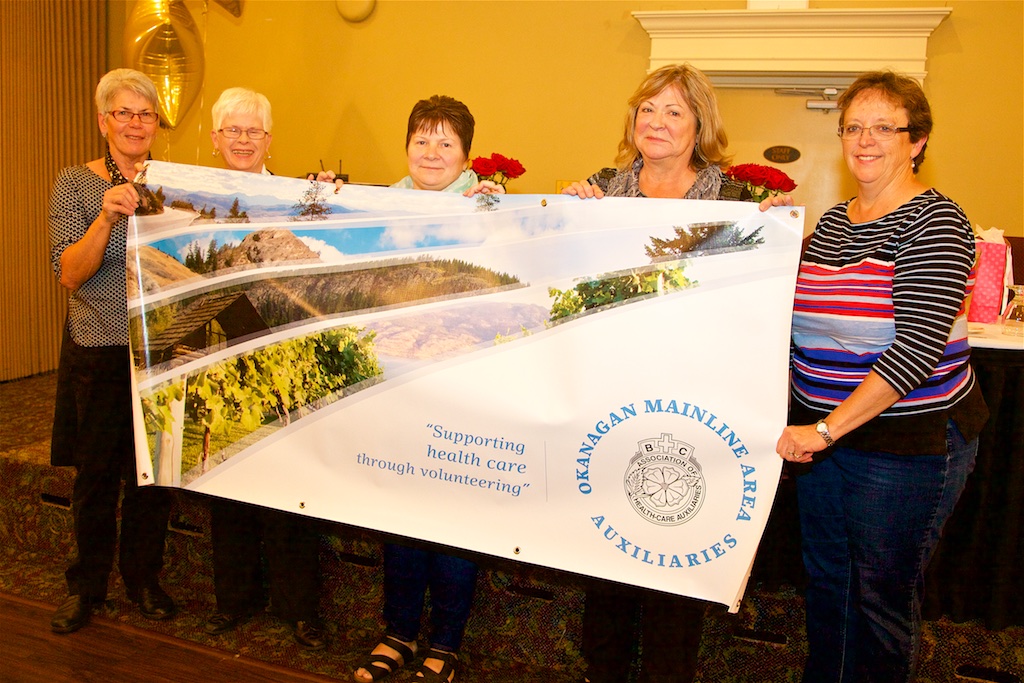 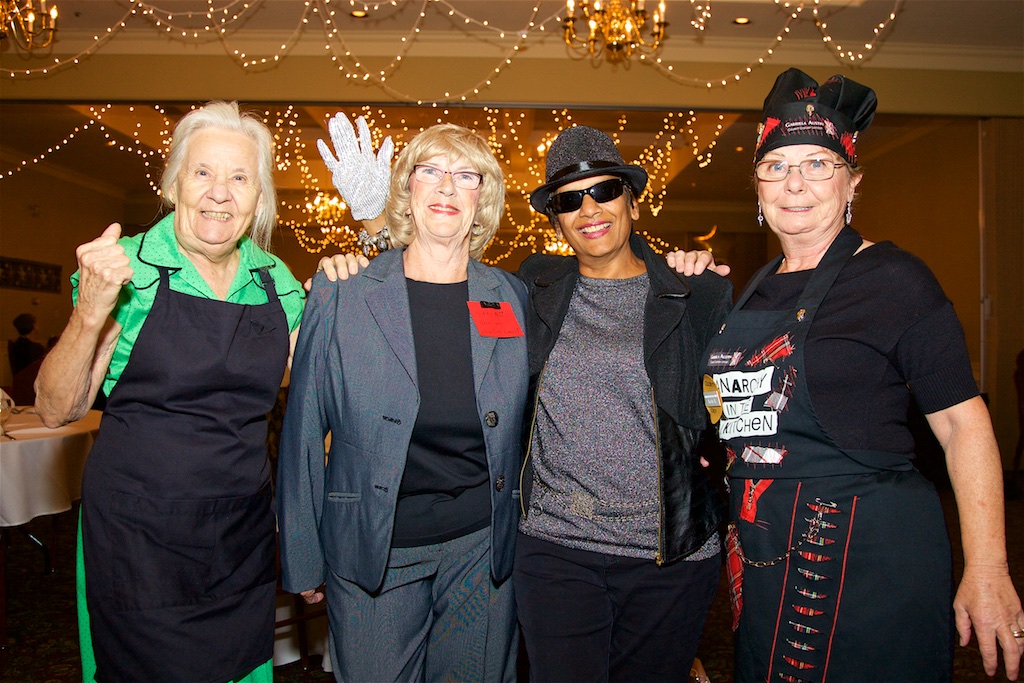 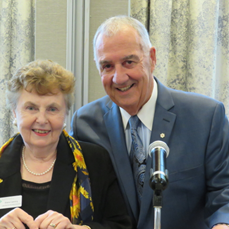